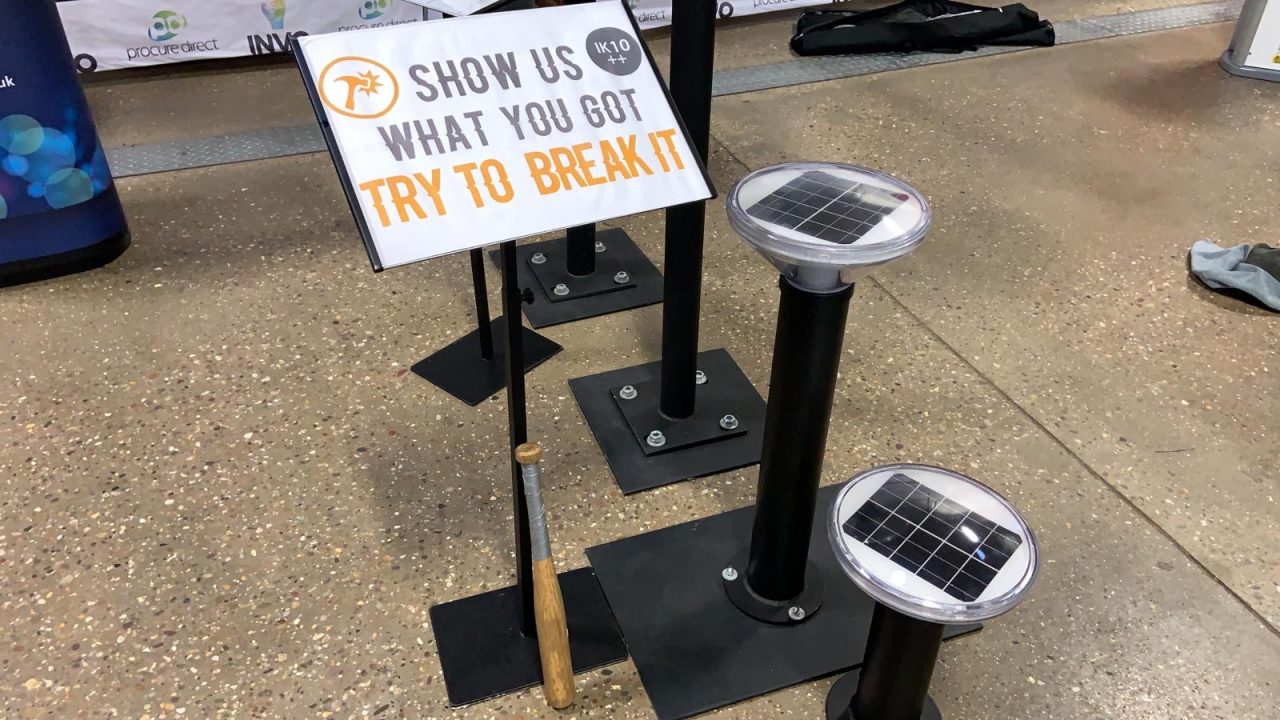 Designed to create a physical barrier that lights up at night, Procure Direct is marketing the two vandal proof LED solar bollards to local authorities, hospitals, schools and housebuilders.

Optimised to work in UK weather conditions, the two variations – the PD-VDL-001 and PD-VDL-001B – are engineered to perform like conventional bollards but feature high performing 560 Lumen LEDs, which due to the in-built motion detector illuminate to full power when people or vehicles come within four metres of the bollard.

Both models, which are available to order now, are practically impossible to break, having an IEC/BS EN 60598-1 impact rating of IK10++. The IK10++ rating means they far exceed the current British Standard requirements, which range from IK1 (able to resist a small tub of butter falling from 56mm) to IK10 (an impact equivalent to dropping a patio gas cannister from 400mm).

The PD-VDL-001 is also totally waterproof, having an IP68 rating, making it suitable for areas liable to flooding.

“These new bollards are incredibly strong and have proven to be practically indestructible,” says Spencer. “There is nothing like this available in the UK at the moment, and we think, with prices starting at just £250 per bollard, with bulk discounts available, they’ll be incredibly popular. We’ve worked hard to ensure that they will work perfectly in the UK all year round. They need just six hours of daylight to charge fully, which will power four days of light power.”

Both models of Procure Direct’s vandal-proof LED solar bollards are provided with an extensive five-year warranty for parts and operation and three years for the battery.

The new vandal proof LED bollards extend Procure Direct’s current range of LED bollards, which offer between 250 and 500 lumens and are most commonly installed in and around car parks, alongside footpaths and outdoor shopping centres.

Established in 2005, Procure Direct designs, manufactures and installs LED lighting solutions across the private and public sector. In the last 15 years, Procure Direct has worked with a wide range of clients, including Lincolnshire County Council, NPower, Mitie, Kier and over 60 schools.

For more information about Procure Direct, its range of LED solutions and the new vandal proof LED bollards visit www.procuredirect.co.uk or call 01522 595 858. 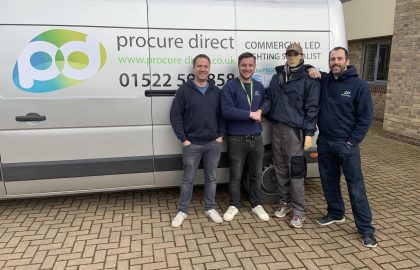 Procure Direct Ltd is an energy solutions company with clients all over the UK and require a delivery driver/office support assistant ...
Read more
View all News